Disadvantages: There are dead spots in the mix; equipment energy consumption is high.

For the powder situation, the equipment is required to have: good mixing uniformity, no dead ends, high mixing effect, low power consumption and so on.

The mixing equipment is required to not destroy the physical indicators of the powder, such as the specific gravity, average particle size, and particle surface shape of the powder.

The mixing equipment is also required to operate safely, operate conveniently, save electricity, and save labor.

2. Gravity convection diffusion mixer can be used for powder with good fluidity 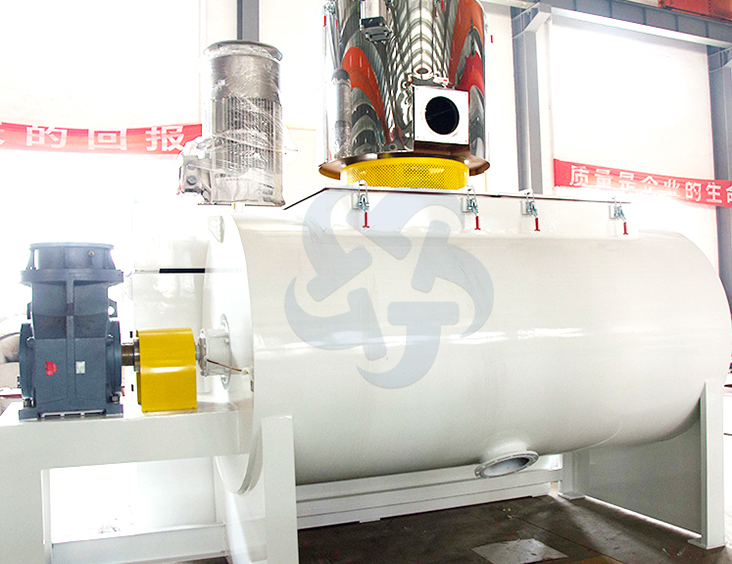 Advantages: mixing without dead ends; macroscopically, the powder in each part of the container is uniform.

Disadvantages: Microscopically, the mixing uniformity of powder particles is insufficient; the mixing effect is low.

3. Use a mixer with high mixing performance for mixing tasks that have difficulty in uniform mixing

1. High-efficiency mixers must be used for powders that are difficult to mix uniformly

The improvement of the mixing capacity of the mixer is used to overcome the above-mentioned difficulties encountered in mixing.

0
苏州集中供料系统张家港中央供料系统搅拌型混合机
URL of this article：http://en.smrjx.cn/news/479.html
Previous：What is the difference between a mixer and other mixing equipment?2020-10-26
Next：The development connection of baler and compounding system machinery2020-10-26